Mr. Obaseki was announced as the winner after the delegates cast their votes at the party’s primary held at the Samuel Ogbemudia Stadium in Benin City, the state capital.

The coast had earlier been cleared for governor Obaseki’s win after other aspirants running against him stepped down.

Below are the photos from the primary election: 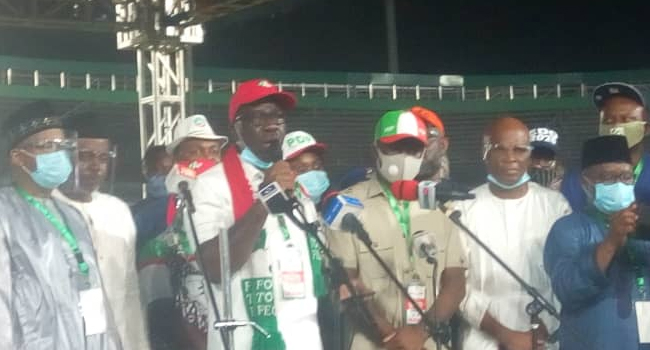 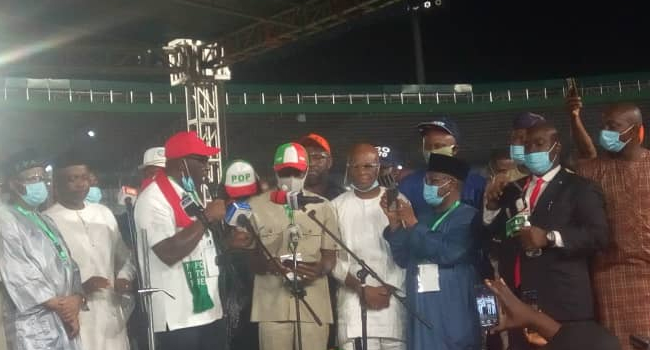 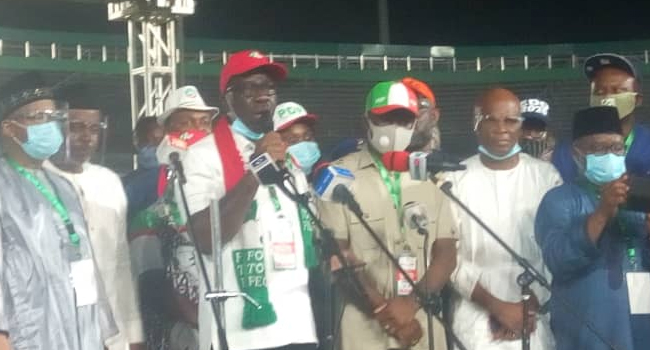 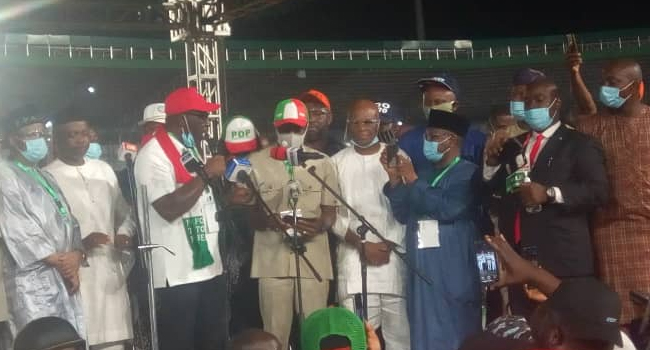 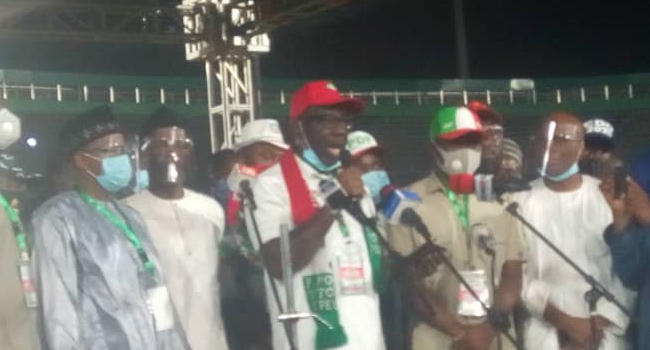 Obaseki joined the PDP on Friday, June 19, 2020, after quitting the APC and had picked up his PDP membership card at the party’s secretariat in Benin City.

While addressing party officials, the governor said he automatically becomes the PDP leader in the state following his defection.

Obaseki also reiterated his commitment to providing what he described as quality leadership, adding that he is ready to lead the party to victory in the governorship election.

He noted that “the energy I see in this party is the kind of energy I require to take Edo to the level we should go to next.”

One thought on “PDP Governorship Primary In Edo Obaseki Wins”

Fri Jun 26 , 2020
. The Akwa Ibom Police Command has arrested a 35-year-old pastor, identified as Nnamso Friday Jacob, for allegedly raping a 16-year-old girl inside his church. . According to the command’s spokesperson, Nnudam Fredrick, Jacob is otherwise known as ‘Major Prophet Honesty Jesus,’ drugged and raped the girl on Tuesday, […]

Man machetes his 4-yr-old son to death, buries him in Anambra

RCCG: Pastor dismissed for attempting to sleep with member

Hushpuppi Arrest: My client is not guilty. He is a real estate developer — Hushpuppi’s lawyer