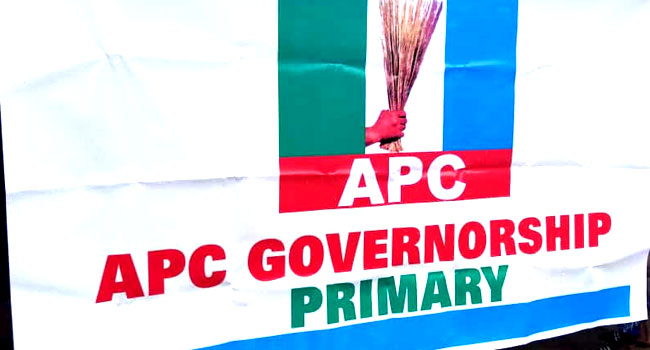 The All Progressives Congress (APC) is conducting its primary election for the forthcoming governorship poll in Edo State.

The exercise to pick the party’s flagbearer in the September 19 election is ongoing across the 192 wards of the 18 local government areas of the state.

Party officials and delegates arrived early for the exercise at the APC secretariat in Ward 7, Oredo LGA in Benin City, the state capital.

The Ward Chairman, Osamudiame Osarenkhoe, said the party is conducting the exercise in line with the guidelines against coronavirus (COIVD-19).

According to him, the party has provided a bucket for the washing of hands while delegates participating in the exercise were compelled to wear face masks.

Elsewhere, APC members in Ward 3, Auchi in Etsako-West LGA also stormed the venue of the exercise to vote in the primaries.

But the exercise had not commenced as of 9:30am as the Independent National Electoral Commission (INEC) observer was yet to arrive at the venue.

Meanwhile, one of the APC governorship aspirants, Pastor Osagie Ize-Iyamu, has won the exercise at Ward 7 in Oredo LGA.

Ize-Iyamu polled 143 votes to defeat his co-aspirants in the primary, Pius Odubu and Osaro Obaze who scored 40 and 20 votes respectively.

Grace made me not my sexy body - Actress Destiny Etiko

Mon Jun 22 , 2020
Curvaceous Nollywood Actress, Destiny Etiko, has revealed what has helped her stay relevant in the competitive industry. . . “Having a nice shape was not what made me popular, whether you’re sexy or not you must have content. . You can’t be a star by being beautiful or fair […]

Man machetes his 4-yr-old son to death, buries him in Anambra

RCCG: Pastor dismissed for attempting to sleep with member

Hushpuppi Arrest: My client is not guilty. He is a real estate developer — Hushpuppi’s lawyer